Bella Vista is nestled deep in the hills of the Ozark Mountains, located in Northwest Arkansas, and is positioned on more than 36,000 acres of land.  It is the Northern most city in Benton County and the Northwest Arkansas Metropolitan Area, sitting along the border of Arkansas and Missouri.   Bella Vista sprung up as a resort destination in 1965, evolved into a retirement community, before incorporating into a city in 2006.  The topography has valleys, steep rises, creeks, and lakes.  Bella Vista is home to some of the most beautiful, undisturbed nature in all of the state.  The elevation is 1150 feet above sea level.  According to the 2010 census, the total population was 26,461.

​Arkansas was occupied by Native Americans for over 11,000 years before the first Europeans visited in 1541.  The Quapaws, Sioux, were the early tribe in the area and they gave the area a name, acansa, which meant South Wind.  In 1682 the territory was claimed by LaSalle in the name of France.  He wrote the name of the territory as Arkensa. The first permanent European settlement, named Arkansas Post, soon followed.  In 1803, the United States purchased the Louisianna Territory from France.  In 1819 the territory was organized.  Arkansas was admitted as the 25th state to the Union on June 15, 1836. 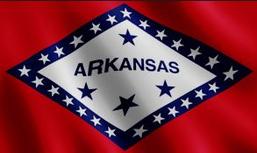 The State of Arkansas held a contest in 1912 for its residents to enter a design to be used as the state flag.  The flag design was chosen from 65 entries and the flags design was finalized in 1926.  The Arkansas State Flag has a red background. A large blue-bordered white diamond represents the diamond gemstone, and Arkansas place as the only diamond bearing state in the Union.  The 25 white stars around the border of the diamond represents that Arkansas was the 25th state to join the union.  The blue star above “ARKANSAS” represents the Confederate States of America, which Arkansas joined in secession.  The three stars below "ARKANSAS" have three separate meanings.  First, the three nations to which Arkansas has belonged, Spain, France, and the United States.  Second, The Louisiana Purchase, which brought Arkansas into the U.S., was signed in 1803. Third, Arkansas was the third state, after Louisiana and Missouri, formed from the Louisiana Purchase.  The two outer, upward-pointing stars of the three are the twin stars representing the twin states of Arkansas and Michigan.  They were admitted together on June 15, 1836.

Bella Vista is nestled in the Ozark Mountains, located in Northwest Arkansas, and is positioned on more than 36,000 acres of land.  It is the Northern most city in Benton County and the Northwest Arkansas Metropolitan Area, sitting along the border of Arkansas and Missouri.   Bella Vista sprung up as a resort destination in 1965, evolved into a retirement community, before incorporating into a city in 2006.  The topography has valleys, steep rises, creeks, and lakes.  The elevation is 1150 feet above sea level.  According to the 2010 census, the total population was 26,461.

​​In 1909, the Baker family purchased property along Sugar Creek, right in the heart of modern Bella Vista.  The Baker's wanted to create a resort for those from nearby Bentonville to visit for relaxation.  In 1915 they built a dam across Sugar Creek, plotted a subdivision, and held a contest to name the new resort area.  Due to its Spanish definition meaning beautiful view, the name Bella Vista was chosen from the entries.  Despite using the newly damned 20 acre lake to generate power, lot sales were slow. The Bakers decided the only way to get their initial investment back and make a profit was to sell the property.

In 1917, The Linebarger brothers, Clayton C. and Forest W., purchased the Bella Vista resort and additional land, 206 acres in all for $6,100.  The made improvement to the Bella Vista resort including; raising the damn to produce greater electrical output, building a lodge where 30 guest rooms could enjoy the lake view, and building a dining room to accomodate 150 diners.  The Linebargers also altered the subdivision plans to better work with the lands topography.

In 1925, the youngest Linebarger brother, Clarence A., became the third partner and General Manager.  The following improvement were soon underway; a 9-hole golf course along the lake, a dance pavilion at the lake end, and a large concrete swimming pool was built, tennis courts were built, and horse-back riding was offered.

In 1930, The Wonderland Cave opened as an underground nightclub and the Sunset Hotel opened with 65 guest rooms.  Bella Vista served as a summer vacation destination as most guests stayed Memorial Day to Labor Day.  Guests during the work week were normally women, children, and those accompany the family.  Husbands often visited during the weekend.  Daily activities catered to the affluent and included playing cards, fishing, canoeing, cave exploring, and swimming.

In 1952, E.L. Keith purchased 450 acres of Bella Vista.  Excluded was The Wonderland Cave. 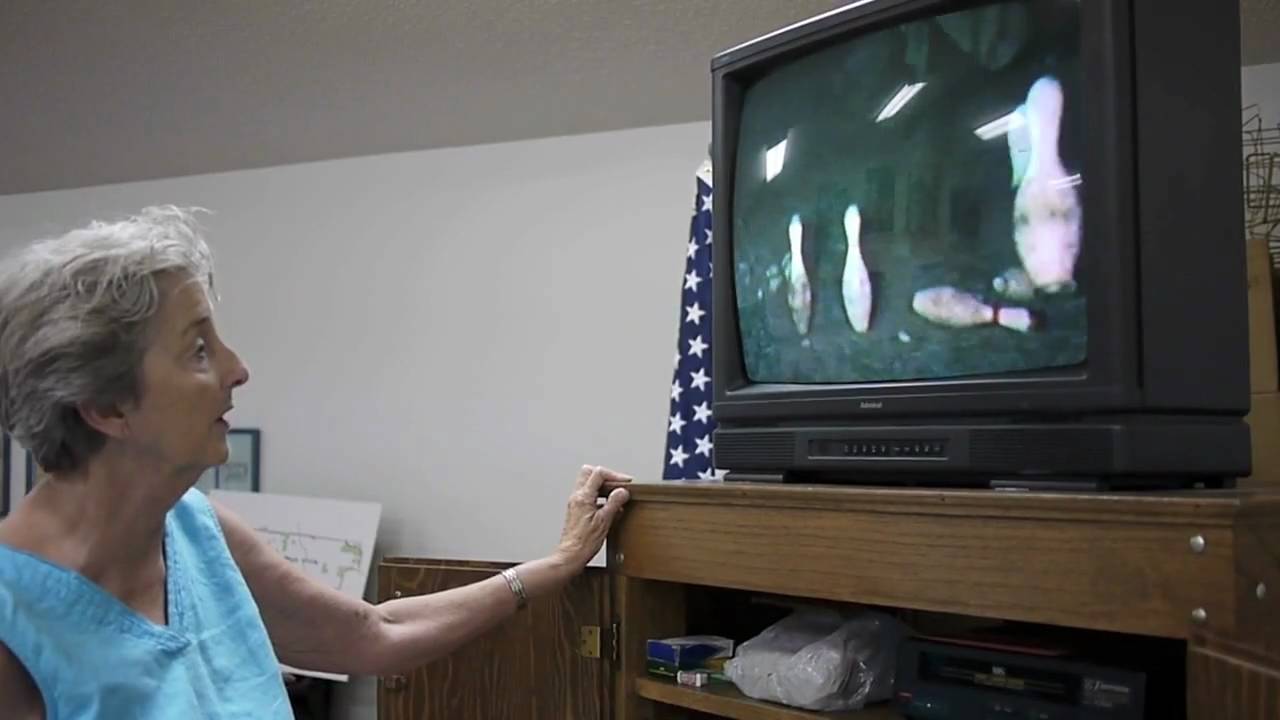 In an effort to attract a changing demographic who only wanted to spend a couple weeks instead of a whole summer, he made changes to accomodate families from the surrounding towns of lesser means.  The pavilion was converted into a huge roller rink on the top floor, he constructed a small motel and little grocery, he modernized the swimming pool, and added a miniature golf course.  He continued the popular horseback riding program.  During the next 13 years, E.L. Keith added an additional 402 acres to his original purchase of 450 acres.

John Cooper Sr., began looking for a second development opportunity in Arkansas after his successful development of Cherokee Village.  He discovered the resort of Bella Vista and began buying land north of the Bella Vista resort along Highway 71.  He purchased over 40,000 acres in the name of Cooper Community Inc.  In 1963, John Cooper Sr. bought the Bella Vista resort, giving him the right to use the name Bella Vista for the entire area.  His vision for the area included much of what we see today; the golf courses, lakes, tennis courts, walking trails, marinas, parks, Club houses, and subdivision layouts.

Bella Vista was governed by the Bella Vista Village Property Owners Associations and Cooper Realty Investments with the Declarations and Protective Covenants forming the rule book.  They formed Class A, lot purchasers who receive one vote per lot owned, and Class B, Cooper Communities Inc. who gets 10 votes per lot owned, members of Bella Vista Village. Both Class A and Class B members must approve a vote before it is binding.  The governing board includes nine members known as the Board of Directors.  They serve a three-year terms and set the short and long-term objectives and goals.  The day-to-day activity of the Property Owner Association is directed by its general manager, with division heads and site managers responsible for the various departments and facilities throughout the village.

In 2009, a 1% Public Safety sales tax was approved with the first $750,000 received annually going to the city's public safety departments.  In 2014, residents voted for
additional property tax to support uniformed employees pension funds, freeing up dollars from the city's general fund.

2015 brought the creation of the new city logo, new city website, and establishment of a social media presence.  New Bella Vista entry signs were installed while the first section of the Bella Vista bypass opened.  The Farmer's Market launched in April 2016 and Fire Station #4 opened in July 2016.

The first section of trails, Back 40 Trail System, was started in January 2016.  The Back 40 Trail system included 40 natural surface miles and took 9 months to complete. It opened to the public in October 2016. 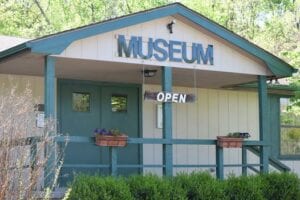 ​​The Bella Vista Historical Museum opened on April 14, 1985 and is operated by the Bella Vista Historical Society.  In 1996 an addition was added and in 2015 a second addition was added.  The museum houses exhibits representing Bella Vista history from 1915 to the present.    To learn more about the history of Bella Vista, visit them at the corner of Highway 71 and Kingsland (next door to the American Legion) or visit http://bellavistamuseum.org.  The museum is open noon to 4:00 PM, Wednesday through Sunday year-round.  For more information, please call 479-855-2335.

Data on this page was compliments of; Bella Vista Historical Society.