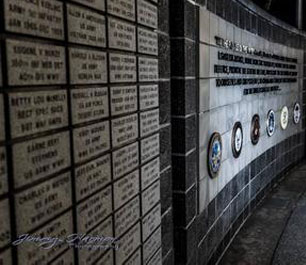 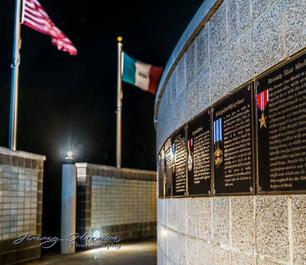 The Veterans Wall of Honor was created by the Veterans Council of Northwest Arkansas, dedicated in 2004 and located in Bella Vista, Arkansas. Unlike many monuments and memorials, the Veterans Wall of Honor is not dedicated to any particular service or conflict. The 4,848 names inscribed in the wall are put there by the veterans themselves or by their families and friends. Visitors are reminded of the sacrifices made by so many to create and preserve the freedoms we enjoy today.

After you pass under the arch, you will see plaques representing a historic timeline chronicling significant military events from the Revolutionary War to the War on Terrorism. The outer facing wall displays 63 bronze plaques depicting elements of the timeline in maps, images, and text. There are twenty-seven plaques representing United States Presidents that served in the military. The outer perimeter includes 18 historical flags and the United States Flag which have each flown over some part of our nation.

In the monument's center stands a magnificent fountain. The panels surrounding the center waterfall, reflects names of those who have served in a branch of the armed forces. There is no room for further expansion.

A directory is available at the podium inside the memorial, listing all veterans’ names and the location of their plaques. The Bella Vista Garden Club maintains the landscaping at the entrance to the Wall of Honor.

The Veterans Council is responsible, through generous donations, for the construction of the Veterans Wall of Honor in Bella Vista.

On Veteran's Day, the American Legion hosts an annual event in honor of all veterans. 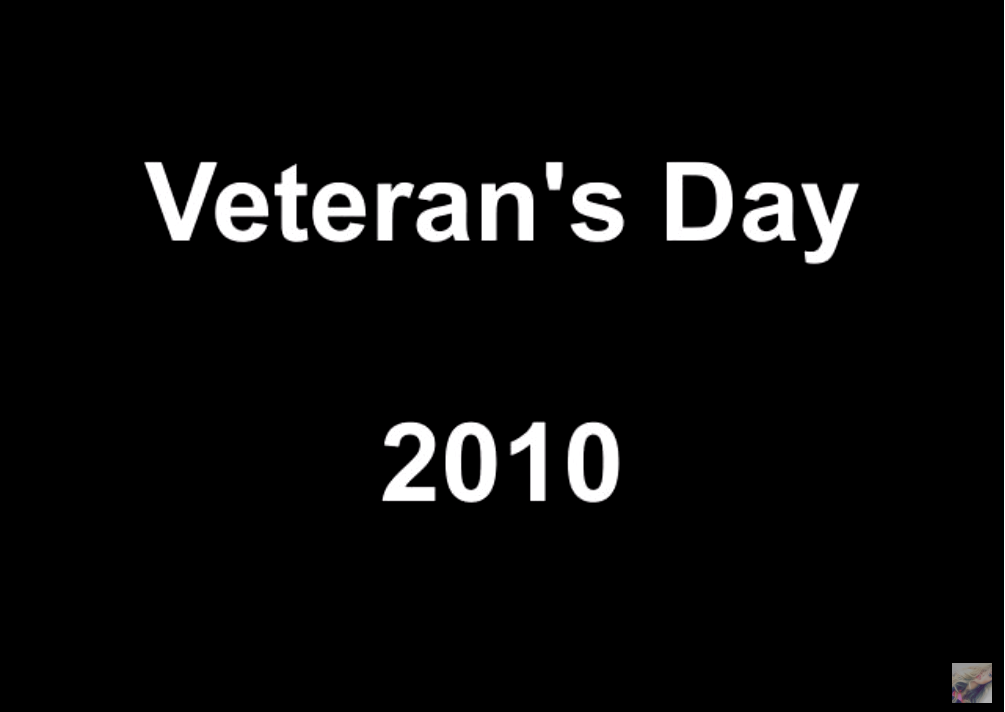 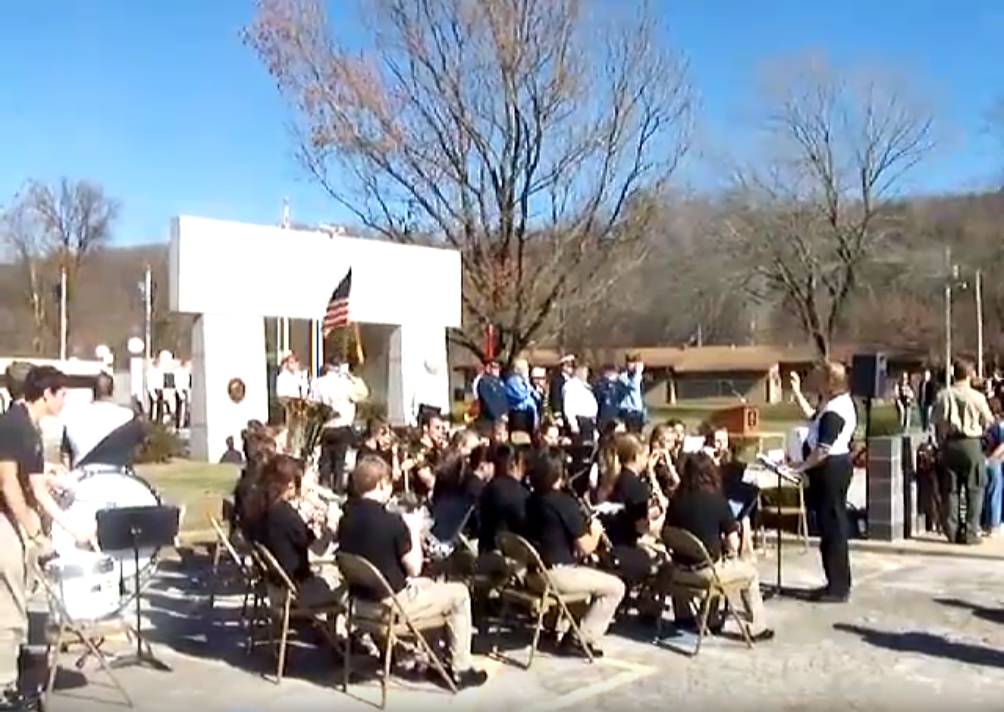 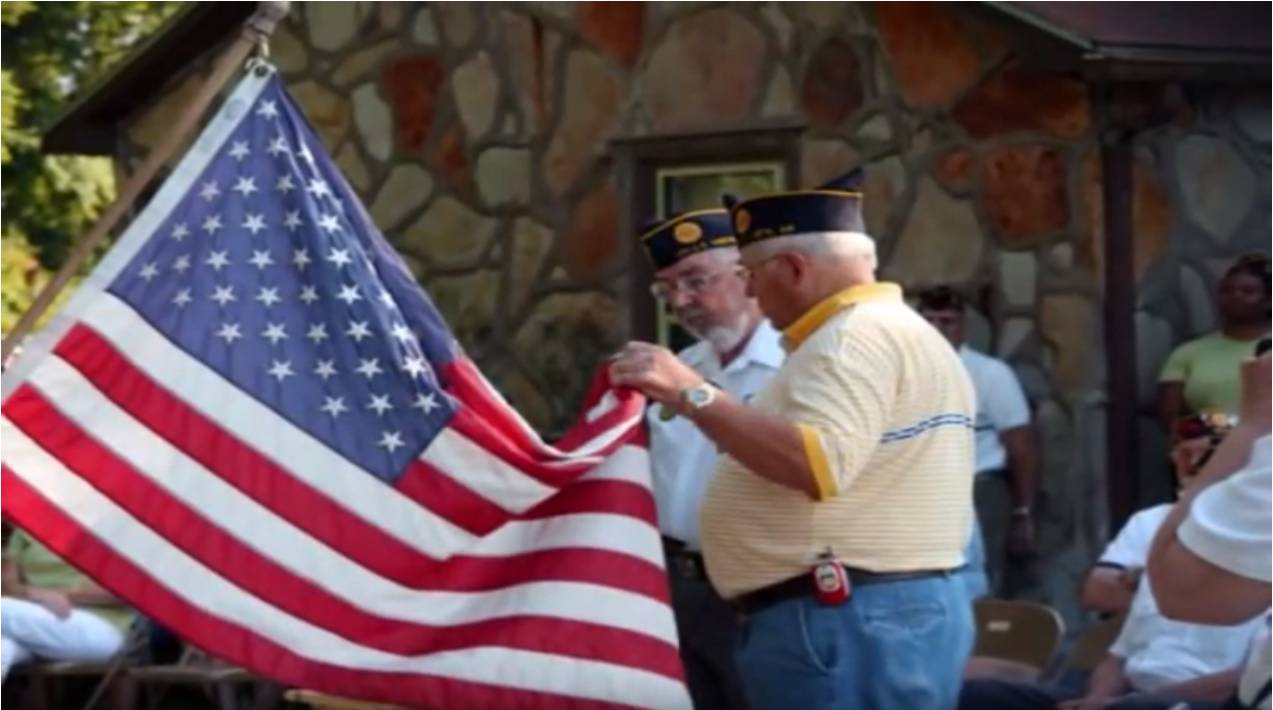 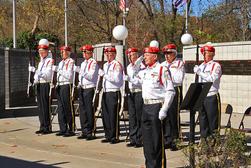 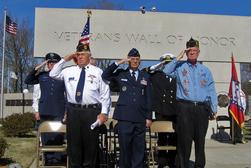 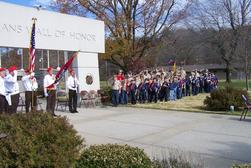 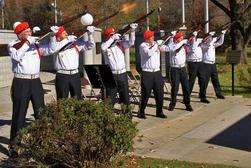 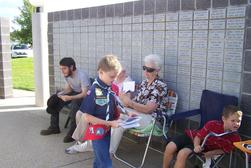 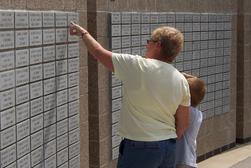 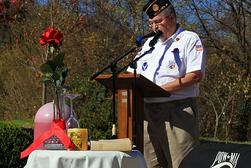 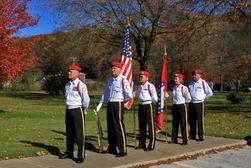